In the ‘Who’s Who’ of Torinese haute cuisine, the new Michelin-starred Carignano restaurant takes centre stage, with a particular focus on regional flavours and creativity.

In the ‘Who’s Who’ of Torinese haute cuisine, the new Michelin-starred Carignano restaurant takes centre stage, with a particular focus on regional flavours and creativity.

The Carignano Restaurant, a landmark destination for Turin’s elite, as elegant and refined as the noble family after which it is named, takes guest on a culinary journey through the traditional codes of taste, with an offer of food and wine inspired by re-imagined Piedmontese cuisine. The restaurant, serving sought-after cuisine, is located inside Turin’s historic Grand Hotel Sitea, just a stone’s throw from via Roma and Piazza San Carlo. The menu carries the signature of Fabrizio Tesse, a real artisan of taste whose aim is to transmit the familiar flavours of collective memory, beginning with a selection of raw materials, proposed in a new guise with innovative pairings. These include his re-interpretation of the region’s signature Agnolotti del plin which he pairs with Porcini mushrooms, seafood and truffles or his creative take on Rome’s traditional Spaghettone cacio e pepe which he enhances with Piedmont’s famous Bra sausage.

The dessert menu also boasts several innovative touches. Regional classics like gianduia, peaches and tiramisù are revamped with fresh, contemporary ingredients including citrus fruits, ginger and liquorice. At the Sitea, those wishing to indulge in a quick lunch or dinner in a more informal atmosphere should head to the hotel’s ‘Bistro Carlo e Camillo’ which offers a selection of gourmet dishes at more affordable prices in a convivial atmosphere, without sacrificing the elegance and prestige of an early 20th century boiserie imbued with history. 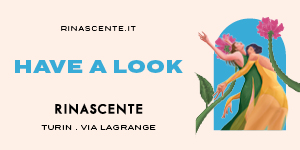