Palazzo Vecchio and the Loggia Lanzi in Piazza Signoria

For more than seven centuries Palazzo della Signoria, or Palazzo Vecchio, has been the symbol of civil power in the city of Florence. As you would imagine, it conceals many treasures and a few secrets.

For more than seven centuries Palazzo della Signoria, or Palazzo Vecchio, has been the symbol of civil power in the city of Florence. As you would imagine, it conceals many treasures and a few secrets.

A map of this venue follows

The Palazzo of Command

Built between the 13th and 14th centuries to house the Priori delle Arti (representatives from the local arts and businesses, rulers of the city) and the Gonfalonier of Justice, over time Palazzo della Signoria or Palazzo Vecchio – an imposing, charismatic construction that dominates Piazza della Signoria, which since 1871 has been the headquarters of the Municipal Council – has undergone continuous transformations, such as the restructuring and decorative works ordered in the mid-16th century by Cosimo I de’ Medici, who moved here his residence.

Architecture and things to see

The building provides extraordinary testimony of history and art in Florence, from the remains of the Roman theatre conserved underground to the sumptuous rooms of the monumental quarters, decorated by the greatest artists of the Renaissance, to the spectacular panoramic views of the Camminamento di Ronda (parapet walkway) and the very tall tower that looms over Florence, the Torre di Arnolfo . The rooms are all particular and unique, such as the Sala delle Carte Geografiche (Hall of Maps), with more than fifty panels painted with all the parts of the world known in the 16th century and a globe of exceptionally large dimensions. There are countless treasures to be found in its rooms: Judith by Donatello, The Genius of Victory by Michelangelo, paintings by Bronzino and Ghirlandaio, and the list goes on. And with a guided visit it is also possible to discover some of its secrets, such as the hidden staircase within the thickness of the walls created at the wishes of Duke Gualtieri di Brienne.

The building, the tower and the kids’ museum have different opening days and hours.

Digital and print editor born and raised in Northern Italy, with a passion for technology, museums, exhibitions and social media.

The Basilica of San Miniato al Monte in...

Panoramic Villa Bardini and its Gardens, in Florence 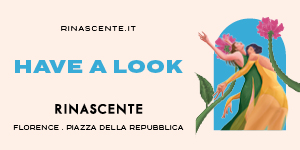