It is one of the undisputed symbols of Florence and, as such, is one of the most photographed sites in the world. Here are some details so you can get to know it better.

It is one of the undisputed symbols of Florence and, as such, is one of the most photographed sites in the world. Here are some details so you can get to know it better.

A map of this venue follows

First of all, it must be said that Ponte Vecchio (literally “Old Bridge”) is indeed “old”. The first to identify a ford in the Arno were the Etruscans. The Roman founders of the village of “Florentia” built a wood and stone bridge there, the forerunner of the current one, which dates back to around 1345. Since then, with all the various restorations and modifications, this passage across the Arno has remained in its place, actively participating in the history of the city.

The bridge is characterised by a solution with lowered arches, never previously seen, which makes it particularly stable and its profile unmistakable. From the very beginning, it was understood to be a natural continuation of the road, and so it has shops and porticos along both sides facing towards the centre, each with a single shop window closed by strong wooden doors, and often with a picturesque backroom protruding over the river. Then, grafted onto the high part of the bridge is the Vasari Corridor, the strategic passageway that was built at the wishes of Cosimo de’ Medici in 1565 to connect the administrative buildings to his private residence, without exposing the sovereign to any danger.

The change of identity of the zone during the Renaissance is due precisely to the Vasari Corridor. The traditional shops of greengrocers, butchers and fishmongers, who had a preference for the bridge on account of the ease with which they could throw their waste into the river, were evicted en bloc: it was preferred to offer the sovereign goldsmiths’ and jewellers’ shops, which were more appropriate for his gaze (and his nose), and they have continued their presence there ever since for the pleasure of tourists. Since then, Ponte Vecchio has been an assiduous witness – and sometimes a protagonist – of the history of the city: considering it a source of great pride, Mussolini invited Hitler there in 1938, opening up new larger, more panoramic windows for his benefit. One rather romanticised version claims that Hitler himself, cherishing the memory of such beauty, would decide to save the bridge from the terrible bombing campaigns of 1944. Unfortunately, the historical reconstruction seems to prove that this merit cannot be ascribed to the German dictator. 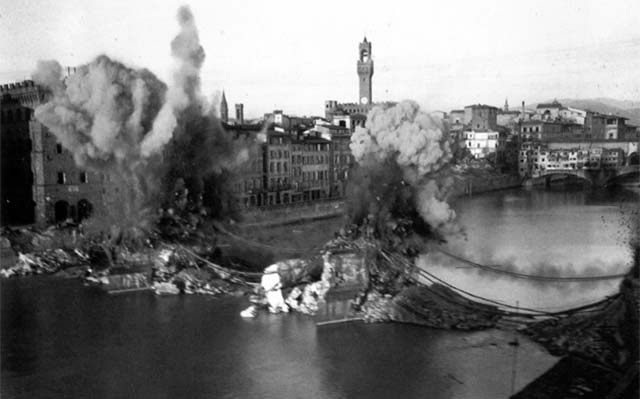 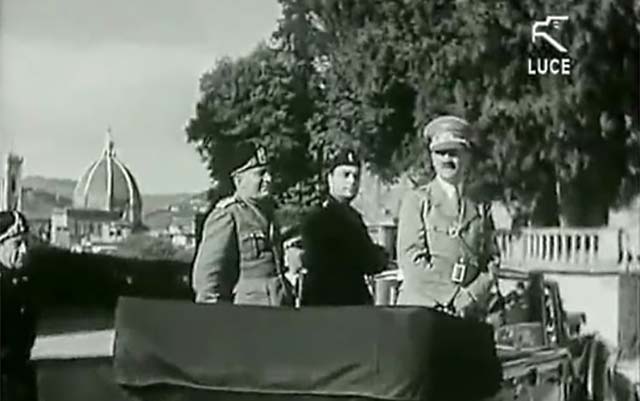 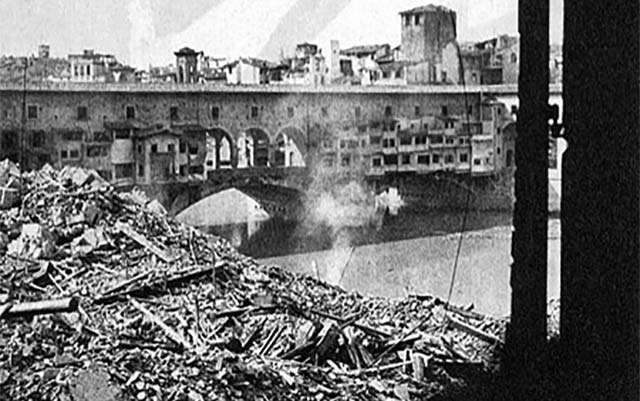 For more than four hundred years, Ponte Vecchio has therefore been inhabited by artisans creating admirable gold and silver objects. Still today, this remains the commercial vocation of the neighbourhood, which is nevertheless not lacking in other luxury trades, starting with artisan leather goods. Obviously, the accesses and areas surrounding the Bridge, between via Por Santa Maria and Lungarno degli Archibusieri on one side, and between Borgo San Jacopo and via de’ Guicciardini on the other, are also swarming with points of interest and high-quality shops. Bear in mind, however, that sometimes you need only turn into an unknown alley to get away from the bustling crowds and enjoy a carefree stroll. 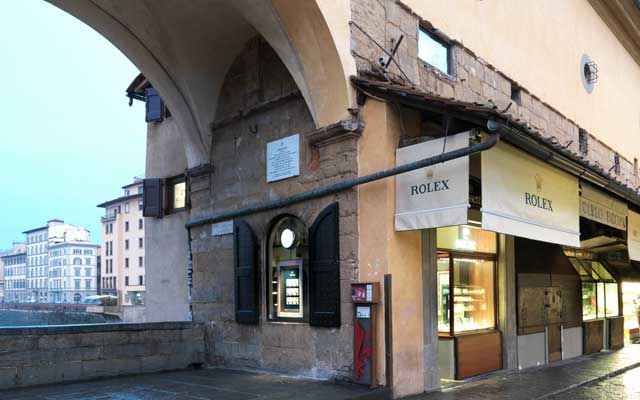 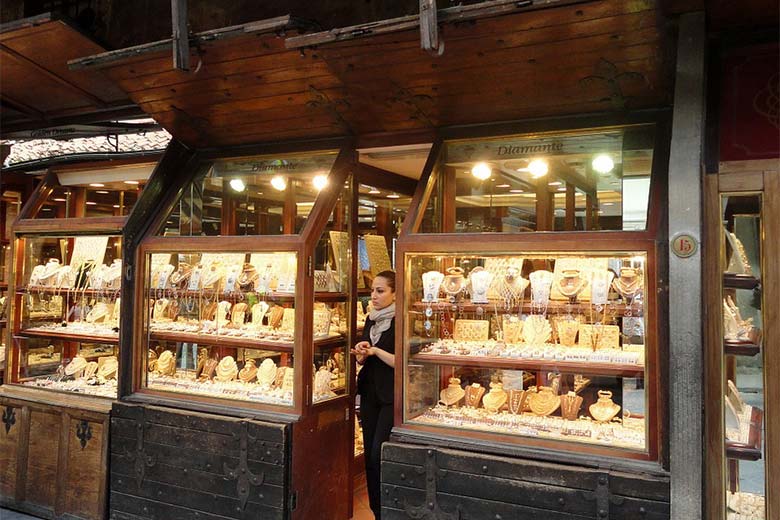 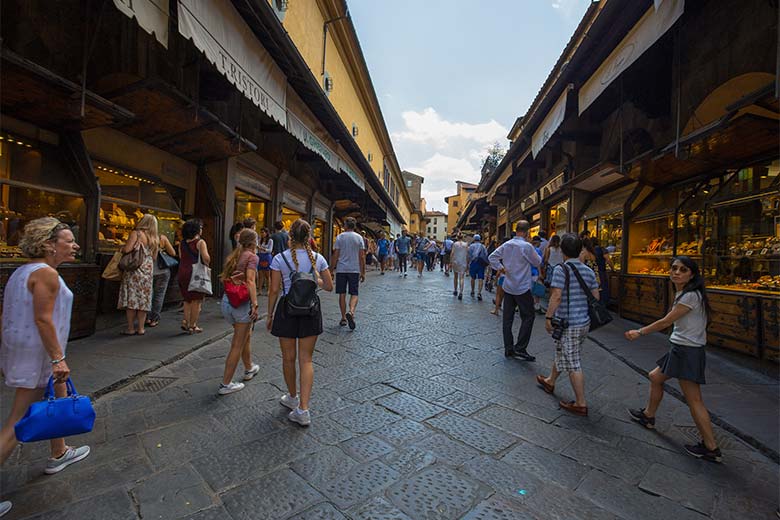 Finally, you should know that there is also life under the bridge: the historic Società Canottieri Firenze, as well as bringing together sporting rowers, is a point of reference for the activities that take place on the banks of the river. Today, the Circle also offers a stupendous location for aperitifs, lunches and dinners.

The shops are open from 9am to 8pm

The Basilica of San Miniato al Monte in...

Panoramic Villa Bardini and its Gardens, in Florence